Once the Constitutional Court (CC) initiated proceedings on the request of the Attorney General, which seeks to annul the judgment absolving the teacher Mery Zamora, her lawyers have demanded the agency to convene a hearing to defend the innocence of their client.

Zamora, former president of the UNE and leader of late party MPD, was sentenced in the first instance to eight years in prison on charges of sabotage and terrorism; but this sentence changed to acquittal in the appeal stage (revision of the judgment), in charge of the Criminal Division of the National Court of Justice (CNJ for its Spanish acronym).

That decision was challenged by the Attorney General Galo Chiriboga, through an extraordinary protective action declared by the CC as admissible on last September 30. According to Chiriboga, the acquittal violated the constitutional provisions guaranteeing access to justice, legal certainty and motivation as part of due process.

On their behalf, the defense of Zamora demanded the convocation of a courtroom hearing, to discuss the case before the national and international press with the prosecutor, to whom they refer as “the uncle of Rafael Correa, his former minister, his former attorney on the Banco del Pichincha case, his former ambassador to Madrid.” 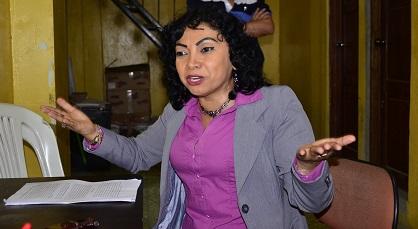 Kerry will participate in international conference on the reconstruction of Gaza