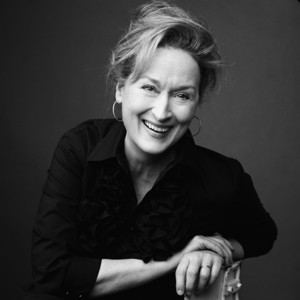 Meryl Streep, who is known for being a genius of the performance, will play the role of the celebrated soprano Maria Callas

The New York Post reported that actress Meryl will play the celebrated soprano Maria Callas, the legend of Bel Canto, in a television film for HBO, which will be directed by Mike Nichols. This is not the first time that Streep works along with Nichols, they previously did it in movies like Postcards from the Edge, Silkwood and Heartburn, plus several television projects.

This new film will be an adaptation of the theater play Master Class, by Terrence McNally, premiered on Broadway in 1995, that traces the artistic and personal life of Callas, especially between 1971 and 1972, when the soprano was a teacher in the New York Art Academy Juilliard. Furthermore, it also tells when Aristotle Onassis, a Greek tycoon, left her for Jacqueline Kennedy, a hard time for the soprano, that would mark her forever.

Meryl Streep, nominated 17 times and 3 times winner of the Academy Awards, has previously played roles of character as Margaret Thatcher or Anna Wintour, proving to be a genius of the performance.

Lupita Nyong’o is the new cover of Vogue