BREAKING NEWS
Achievements of digital transformation are exposed in “A Digitized Country, A Modern Country”
Yaku Pérez: ‘I am not a supporter of violence; I am adept of a resistance ‘
If the bill for the Defense of Dollarization in Ecuador is not approved, the next IMF disbursement of $ 450 million would be put on hold
77 rural schools will open their doors amid the pandemic as part of a pilot plan
New technologies and the use of digital banking are key to reactivation, according to expert
Local mafias vie for spaces to operate with Mexican cartels
Remote work continues in the public sector of the Executive until March 14
A bacterium protects the lupine from its main threat and would increase grain production in Ecuador
Despite pandemic, air transport of flowers was the second best in eight years
Germany, Ecuador and Ghana concerned about marine plastic pollution 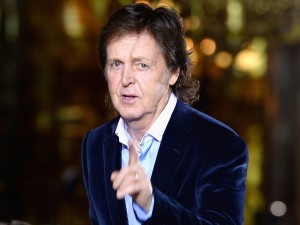 The british artist turns 72, while recovering from a virus he contracted in Japan during his last tour

Today, former Beatle Paul McCartney turns 72. The artist is currently recovering from a virus contracted in Japan during his tour “Our There”, which he will resume on July 5.

Born June 18, 1942 in Liverpool, England, son of John McCartney and Mary (née Mohin), his father was a cotton salesman and his mother a nurse in a maternity hospital. His love for music began when his father gave him a trumpet for his birthday, seeing that he could not sing, he changed it for a guitar, McCartney has always been characterized for being left-handed.

In 1954 he meets George Harrison at the school bus, with whom he shares his love for music during these years. In 1957, at a St. Peter´s Church performance, he meets John Lennon, leader of the Quarry Men band, joining it.  Harrison manages to enter to the group in 1958, but it was not until 1962 that Ringo Starr would join the group, which had already established itself as The Beatles.

The first success of the band came along with the single “Love Me Do” in the United Kingdom in 1963 and a year later in the United States. In the spring of 1967 Paul meets Linda Eastman, photographer and activist, during the convention of the Capitol in Washington. Two years later he marries her, forming one of the most iconic couples of the Anglo-Saxon musical scene.

In 1970, following disagreements between the members of the band, the Batles finally split, and McCartney forms the legendary group “The Wings.” In 1997, Buckingham Palace gives the artist the mention of Knight of the Order of the British Empire, but this event is overshadowed by the death of his wife because of breast cancer in 1998.

After a bad experience with Heather Mills, ex-wife of the singer, he finally found stability with Nancy Shevell.