Mexico: Parents of 43 missing students denounced ineptitude of the government 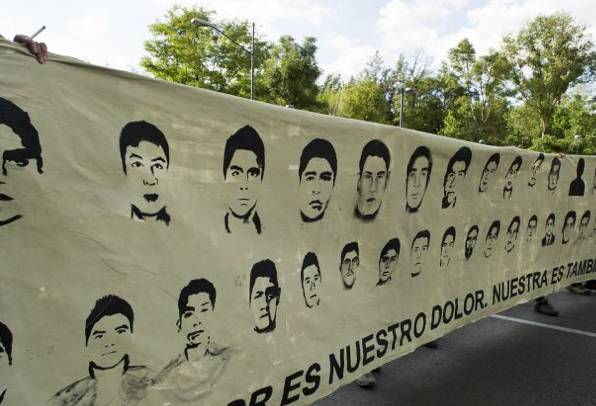 Parents of 43 students missing declared they feel “frustrated, desperate, but mostly upset with the government,” to which they described as inept by the lack of results in the search.

“We’re frustrated, desperate, but mostly upset with the government, it is clear their ineptitude for find them,” told to AFP Felipe de la Cruz, father of one of the disappeared young men, most between 17 and 21 years old.

“For us, they are still alive and we will not rest until we find them,” added the spokesman of rest of the parents.

The parents this Wednesday led a blockade that lasted seven hours on the highway that connects Mexico City with the Acapulco harbor, to demand to the authorities the localization of the young people who disappeared in Iguala, Guerrero (south).

Some 2,000 people participated in the blockade at the height of Chilpancingo (the capital of Guerrero), with the presence of teachers of the State Coordinator of Education Workers of Guerrero (CETEG) and students of the rural school for teachers of the Ayotzinapa community, attended by the youths who disappeared.

On September 26 the 43 students disappeared after an attack by corrupt police and drug traffickers after making a money collection.