Michael Schumacher comes out of coma 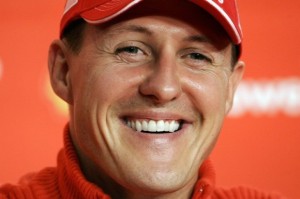 Upon awakening, the Formula 1 world champion was able to recognize his wife, said Sabine Kehm, manager of the German pilot

Sabine Kehm, manager of the German Formula 1 driver, reported to RTL television network that Michael Schumacher has come out of the coma.

The pilot has been hospitalized for 3 months and a half after suffering a skiing accident in the winter resort of Méribel, in the French Alps, last December 29, in which he banged his head against a rock, suffering severe brain injuries that induced him to coma.

Kehm also said that on waking, the Formula 1 champion, was able to recognize his wife, but apologized for not being able to give more details. `There is little progress that logically rejoice us a lot and also give us great hope,´ she added.