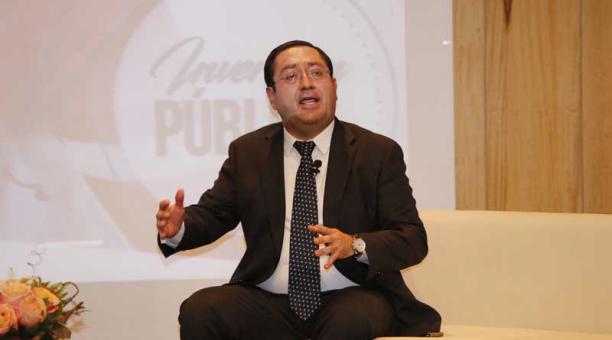 In the next seven months, the new Finance Minister Carlos de la Torre will have to solve four fiscal problems. The main and most urgent is to find financing to pay the outstanding obligations with a series of creditors.

But the Treasury also faces unstable oil prices and a slow recovery of tax revenues. In addition, it must define the measures to comply with the offer of the Government to implement fiscal austerity. De la Torre explained on Monday, June 5 that only the deficit – that is, the resources needed to cover expenses this year – amounts to USD 4 558 million.

In addition to this value, the Government needs to find financing to pay off debt obligations, pre-sales, and loans with the Central Bank. In total, the Treasury needs this year between USD 12.5 billion and 13 billion. The Finance Minister announced Monday in a media briefing that to solve the fiscal deficit capital spending will have to be reduced, specifically infrastructure investment, he considers “very expensive.”

President Lenin Moreno, during his inauguration on May 24, spoke of promoting a fiscal austerity policy. The first week of his administration he eliminated six coordinating ministries. In budgetary terms, the decision will involve a saving of USD 42.7 million a year. The expenses are higher and are reflected in the growing financing needs of the Government (I).

6.2 M earthquake recorded in the border with Peru