Patricio Pazmiño, Minister of Government, carried out an inspection this afternoon at the Zonal 8 Deprivation of Liberty Center, in Guayaquil, after the massacre on Tuesday 23 and the excesses registered at dawn on Thursday 25. 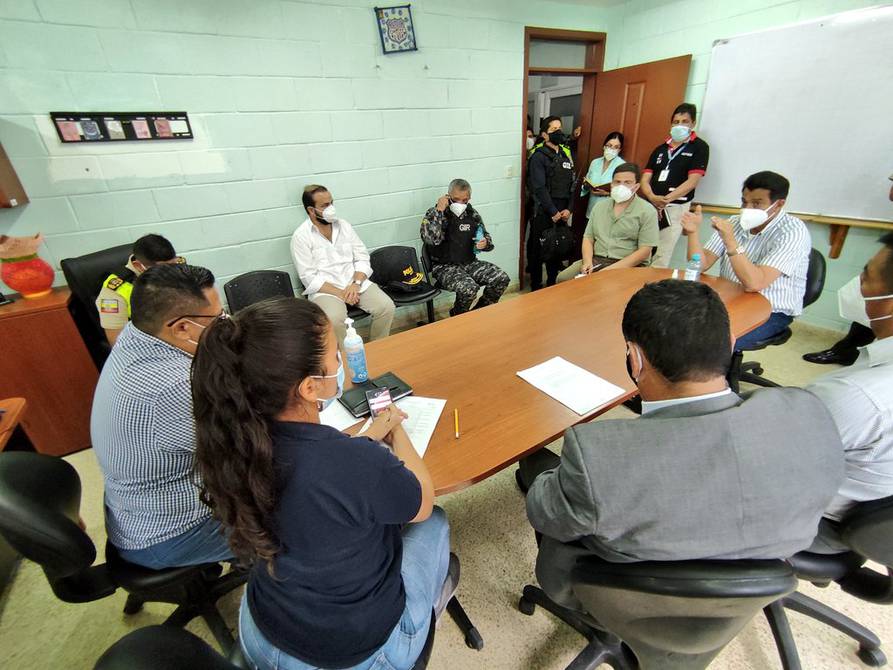 The official said that the prison is controlled, without disturbances of public order, although he admitted that there are spaces on the site “to be solved.”

‘There are still groups of PPL (people deprived of liberty) that obey some groups, some structures that are taking certain sites, they are not generating violence, but they are there, we need to enter there, take control of locks, doors, put them in the cells, but all this is being done in a systematic way, ‘Pazmiño said.

He added that the violence in that prison has been contained.

Regarding the pamphlets and social media posts that would link the crimes in the prisons with Mexican cartels, Pazmiño said that the provenance is being investigated and that the investigations will reveal more details.

“This (murders) is the product of criminal activity, here at least structures are identified that would be linked to Mexican and Colombian organizations, another greater detail of that I cannot give you because everything has to be due to the investigation process, they are issues so delicate and so serious that what we least need is speculation, ”said the minister.

He explained that transfers of prisoners to other prisons are being analyzed. “We are still in the process of managing the crisis,” Pazmiño said. (I)