The exports industrialized grew. Last January, shipments of juices and canned of fruits , flour and canned fish , products of the sea , chemicals and pharmaceuticals , wood and articles of textile, cardboard, paper, leather and plastic and metal increased compared to the same months of the 2019 and 2020.

According to figures from the Central Bank of Ecuador , these shipments reached USD 355.5 million in January, which represented an increase of 3.94% compared to the same period of the previous year. On the contrary, primary exports, which include bananas, shrimp, tuna, fish and other items, had a decrease of 5.89%. 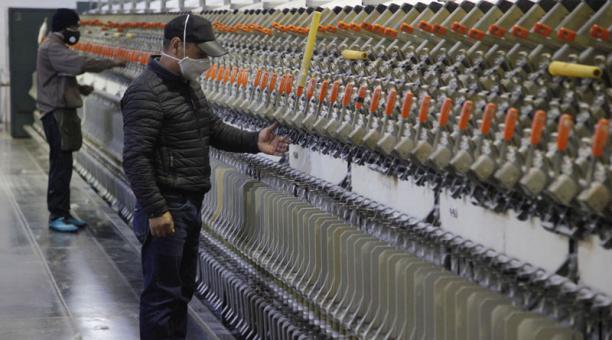 Diego Malo is the manager of Fibroacero , which exports kitchens and kitchens to South America , Central America and the Caribbean . According to him, his foreign customers demand more of his products because their Asian competitors do not supply the same amount as before, due to existing logistical limitations and the increased cost of freight. “This logistical problem has brought temporary benefits. However, due to the same situation, the cost of raw materials such as steel became more expensive ”.

Malo considers that this year’s expectations are good, while this logistical complication of international competitors lasts.

The textile sector also benefited from the problems that Asians have had to fulfill their orders in America. For the president of the Association of Textile Industries of Ecuador (AITE), Javier Díaz, in January and February 2021 they exported about USD 20 million, which represented 4.6% more than in the same period of 2020.

The fastest growing item was related to threads, which are used for weaving in industries . That increase was 57%. Other items that improved were knitted fabrics, home textiles, sewing threads and ready-made clothing.

Díaz indicated that more threads were sold to Colombia because Asians have problems in shipments and in fulfilling orders. “The final result of 2021 is still uncertain and will depend on the global economic reactivation,” he said. Last year they sold USD 105 million and it expects that level to be maintained.

The executive director of the Chamber of the Ecuadorian Automotive Industry (Cinae), David Molina, did not project the behavior of 2021 either, but believes that it will be similar to 2020. In auto parts, battery exports grew and in the rest of the categories it was almost the same as in January 2020. On the other hand, in vehicles there was a reduction, but it is still an atypical situation due to the pandemic.

In the case of the wood sector, the growth was due to the greater world demand, said Christian Riofrío , director of the Ecuadorian Association of Wood Industry.

He explained that, unlike what happened in the domestic market , foreign sales of the different sectors of the sector grew last year and the trend is expected to continue in 2021.

Riofrío pointed out that shipments of particle board, plywood and MDF grew between 8% and 20% in 2020 and the behavior persists. In the case of furniture, there are positive expectations.

International markets are diverse and depend on each timber sector, said Riofrío . For example, the US is key for furniture , China for raft and the US , Central America , the Caribbean , Colombia and Peru for boards. The demand from China for the raft has been such that the logging of this species in the country has increased disproportionately, and not everything comes from formal production.

According to the president of the Federation of Exporters , Felipe Ribadeneira , in the world there is expectation that 2021 will be the year of economic reactivation, after a long confinement. “However, several analyzes agree that international trade flows will undergo a reconfiguration, which will deepen as economies begin to resume their dynamics hand in hand with vaccination processes.”
Ribadeneira said that this scenario opens a window of opportunities, which forces the industry to be prepared to position the exportable basket in the markets.

Ecuador awaits the green light to export cattle, pitahaya and pineapple to Peru