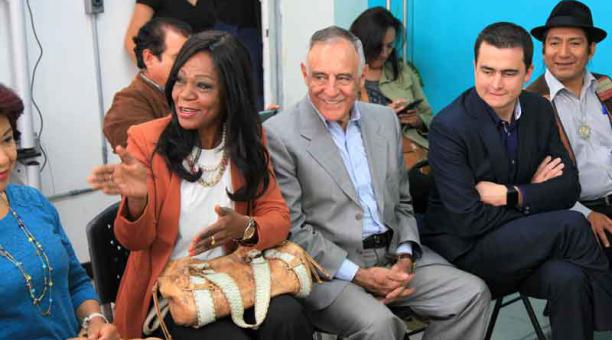 “This is for you, Ecuador!” That’s what Mae Montano of the Creo party said before signing the Commitment for Transformation, promoted by four civic organizations. She symbolically did this the morning of Monday July 25, 2016, because she already enrolled last week. Her adhesion was videotaped and then broadcast. Both the video of her signing as that of Paco Moncayo, former mayor of Quito and current coordinator of the National Agreement for Change, are shared on Facebook, Twitter and YouTube.

The initiative is spread through these social networks and seeks the signing of a document that asks politicians to commit to five fundamental points. These are the control of the use of resources and the management of the current regime, to ensure transparency in the use of public funds for earthquake victims and the Chinese debt payments from, the rationalization of the state size, the rescue of the independence of the State functions and ensure respect of citizens rights and liberties.

Most Ecuadorians believe that the country is on the wrong track, according to Cedatos-Gallup

The new setback of Correa