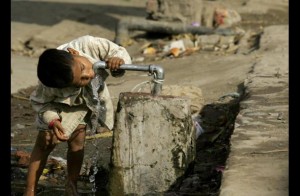 This Thursday the United Nations (UN) informed that more than 2,200 million people in the world are poor or are on the verge of poverty, a figure that would be in risk of increasing because of financial crises and natural disasters.

The UN added that in Latin America violence is another factor that contributes to poverty.

“In some countries of Latin America and the Caribbean, despite the great achievements in human development, many people feel threatened by ever higher homicide rates and other violent crimes”, said the UN.

The UN concluded that eradicating extreme poverty “does not only consists on reducing its levels to zero, but also to make sure of keeping these accomplishments”.