More than 300 Ecuadorians live in Israel and Palestine, where attacks are growing

About 300 Ecuadorians are registered to vote at the Embassy of Ecuador in Israel. Ecuadorian diplomacy is in permanent contact with the majority of these compatriots to find out about their state in the midst of the conflict between Israelis and Palestinians, which has already left dozens of deaths in recent weeks, indicates Germán Ortega, undersecretary for Asia, Africa and Oceania of the Foreign Ministry of Ecuador . 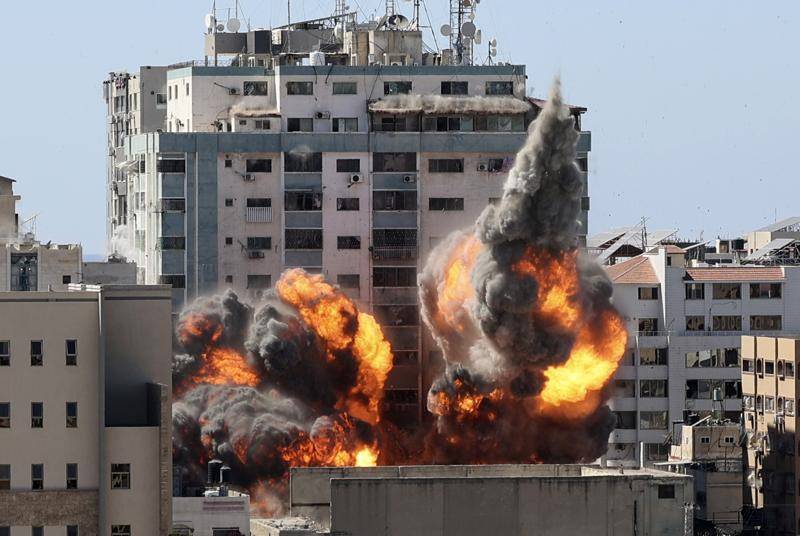 More than 300 Ecuadorians live in Israel and Palestine, where attacks are growing

Although there is no exact figure, there are also Ecuadorians in Palestine, but they would be “few” compared to those living in Israel, the official said. He adds that they recommend compatriots, in both countries, to follow the bomb security protocols and be attentive to alerts and official statements from the governments.

How is the Ecuadorian community in both Israel and Palestine?

We have an embassy and a consulate in Israel, the latter is the one that makes contact with the citizens. There is a colony of 300 people who are registered for the elections, and that would be the population that lives there. These Ecuadorians have met in an association with which the embassy and consulate have contact.

Israel is a very organized country and they have their protocols for defense, bunkers, bomb rooms and the so-called “iron dome” to stop the attacks from Gaza. The embassy and consulate of Ecuador have been very attentive and in contact with our compatriots to ask them to abide by the rules and protocols, to go to safe spaces and not to go out into the streets when ordered by the Israeli Government.

In Israel each building has its safe place, its bunker, on the ground floors of the buildings, and there are public areas where they can go. The protocols must be strictly respected, since if a bomb falls in a city there will be no discrimination based on nationalities and it is likely that everyone will die, including Ecuadorians.

We have a good contact with Ecuadorians who live there, work or study. We do not have a loss or misfortune to regret, and hopefully this continues. In addition, the embassy has a telephone line open 24 hours a day, seven days a week, in case there is any news with an Ecuadorian.

There are Ecuadorians, but very few (compared to the colony in Israel). There is a business manager (as a representative of the Government of Ecuador), a translator and a driver. There are no news there either (Ecuadorians killed or injured).

How do diplomatic staff handle the issue of attacks in both Israel and Palestine?

The embassies are there to represent Ecuador, send information and protect Ecuadorians. Officials must abide by the rules of the country where they are, they have to run to safe places to protect themselves, but after that they must worry about knowing what is happening with the colony of Ecuadorians, that there are no deaths or injuries, and report to Ecuador the situation to make decisions based on that information.

They must continue working, unfortunately; They do it from their homes, they do not have to go to other places or to the embassy so that they do not expose their life, and that they make use of technological tools to telework. But I insist, if there are alarms or bombs, they must take refuge.

Are staff telecommuting due to the conflict or the pandemic?

There is an order that they telecommute, but some embassies are small and in those cases the ambassador can make the decision to call a meeting. Now, Israel is the country that has most vaccinated (against COVID-19) its population in the world, they no longer wear masks in the streets, the tension has dropped due to the pandemic, but it has increased due to the bombings.

Have the Ecuadorian diplomatic personnel who are in Israel already been able to access the vaccines against COVID-19?

Yes, of course. One of the first things the Government of Israel did was call the diplomatic community and vaccinate them.

And the Palestinian staff?

I do not have information.

How does Ecuador handle this conflict diplomatically without affecting the sovereignty of the two countries?

This problem is very old, since biblical times, and it has become the most serious (diplomatic) problem that humanity has to solve. There are many United Nations mechanisms to deal with the issue since Israel was created. There have been agreements where Israel has started to recognize Palestine and vice versa. Israel granted a certain level of autonomy and jurisdiction to the Palestinian authority.

What Ecuador does is ask that there be no hostility, that there be agreements, all based on what the United Nations Security Council indicates, and that the conflict be resolved with a solution for the two states. Above all, that there is respect for the existence of the two States and that both can live in security and dignity. This position has been around for many years and we continue to maintain it.

Ecuador has a very small embassy in Israel, as well as in Palestine (business unit), and they really should be larger to be able to face all these phenomena (pandemic and armed conflict).

Doesn’t the lack of a definitive solution to the conflict diminish the credibility and effectiveness of the actions of the United Nations Security Council?

Everything historical and millenary of the problem makes us see that it is of complex resolution. It is not that from the outside we can tell the countries in conflict what to do. There are issues that Israel is not willing to accept and neither is Palestine.

We are in the middle of trying to help achieve peace through pronouncements, but the problem is very complex, difficult to solve, with territories involved, different religions. The United Nations has presented different solutions that have not been accepted.

People criticize the Security Council a lot for the lack of a solution to the problem, but I believe that the United Nations is a great achievement for humanity, we have agreed on many issues through this body, such as health, education, human rights; But it is very difficult to please everyone and the Council cannot work miracles. (I)

Three coastal provinces will allow access to their beaches