Yesterday, while the president of the National Electoral Council (CNE), Diana Atamaint predicted successes in the printing of ballots for the general elections of February 7, 2021, these presented an error regarding the presidential binomials. 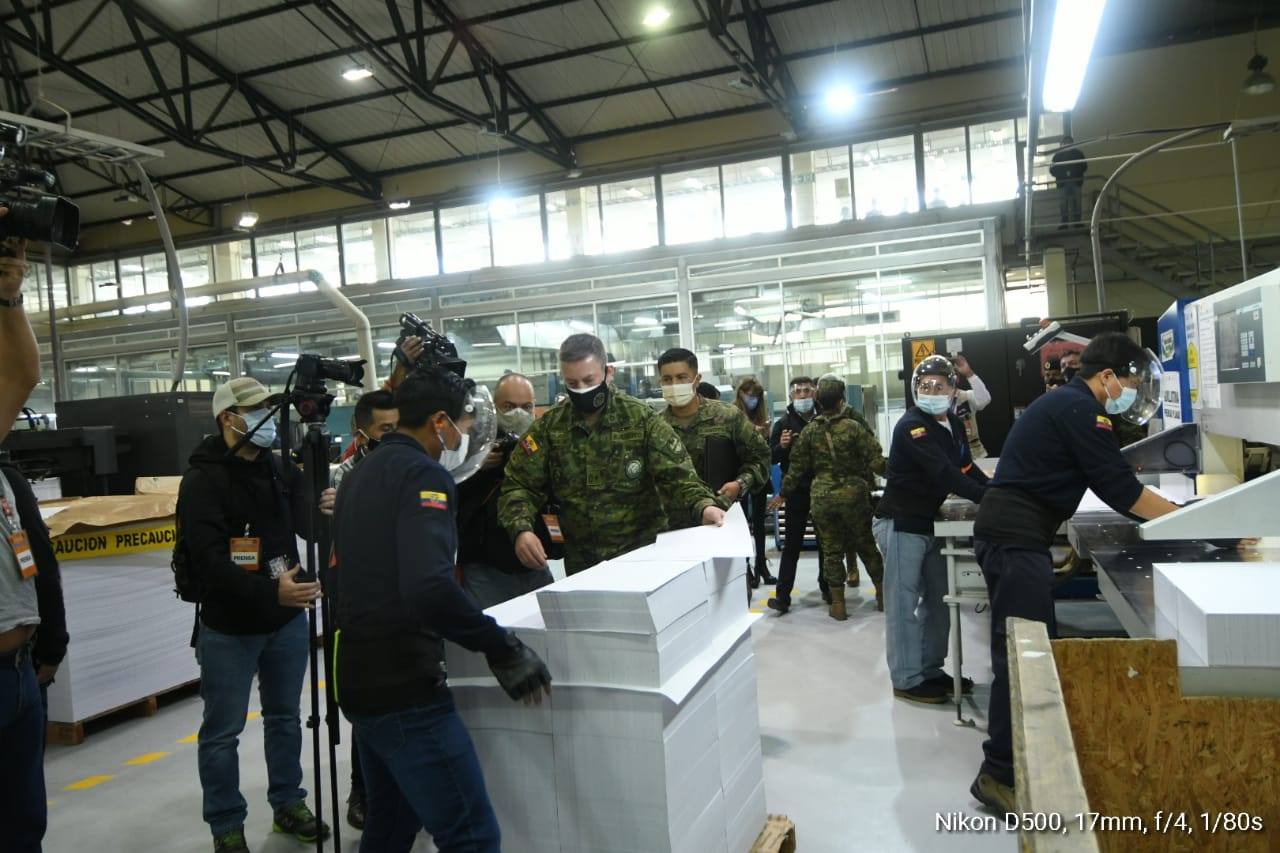 The Military Geographical Institute (IGM) is the entity in charge of printing the ballots and electoral documents, and until yesterday it reported an advance of 43.23% in its entirety.

To verify the progress in this activity, yesterday four of the five members of the electoral body went, accompanied by the press, to the IGM facilities and there Atamaint pointed out that this process was progressing within the established deadlines and saw with “great satisfaction all this work ”.

However, hours later, it was found that on the presidential ballot there was an error in the logo assigned to a political movement.

The locker of candidate Pedro Freile , sponsored by the Amigo movement , had as its logo: BEST EC, the name with which the political organization was originally intended to be registered, and which was related to the BETTER provincial movement established by former legislator Daniel Mendoza .

The president in a public statement claimed that the name of the group was changed, “causing serious damage to the movement, the electoral process and the country.”

He demanded to know “who will assume all these expenses and when the reprint with the correct logo will begin.”

The task is in charge of 1,300 hired people and until yesterday the printing of the ballots of assembly members abroad had been completed in 100%

Of the candidates for national assembly members, 34.30%; provincial assembly members 90.69%; and, the Andean parliamentary ballot reports 0%, due to the fact that contentious electoral appeals are in process at the CNE itself and the Contentious Electoral Tribunal (TCE) .

On the other hand, 24 days after the voting takes place, the directors plan to define in the next few hours whether to extend the hours of the day.

The plenary session awaited a response from the State Attorney General’s Office regarding the feasibility of extending the hours, to avoid crowds to avoid contagion of COVID-19.

The institution responded on January 12, stating that it is up to the CNE “under its sole responsibility, to determine motivated and prior to the holding of the electoral act the convenience of establishing as an exception the extension of the schedule.”

Or, “failing that (take) other exceptional measures that allow applying the technical recommendations that the national health authority and the executing bodies of the public and state security system formulate to prevent and manage the risks arising from the pandemic.”

Atamaint indicated that they will wait for a legal report that will be known to the plenary before making a decision.

The Democracy Code establishes that the voting time is from 7:00 a.m. to 5:00 p.m., and if it is not complied with, it could be a cause of nullity of the electoral process.

The vice president of the CNE, Enrique Pita, believes that it would be feasible to extend the hours between 07:00 and 19:00 to avoid crowds.

Although the counselor José Cabrera considered that the day should not be extended, but rather respect what is stipulated in the Code of Democracy, to avoid future demands for the nullity of the elections.

Meanwhile, the National Government is looking for suppliers to carry out rapid tests in order to detect coronavirus in the members of the Vote Receiving Boards (JRV).

Yesterday, the Minister of Public Health, Juan Carlos Zevallos, in a virtual press conference, said without giving further details, that rapid antigen tests will be applied and that they are in talks with several companies, including Roche, so that give them the right number. (I)