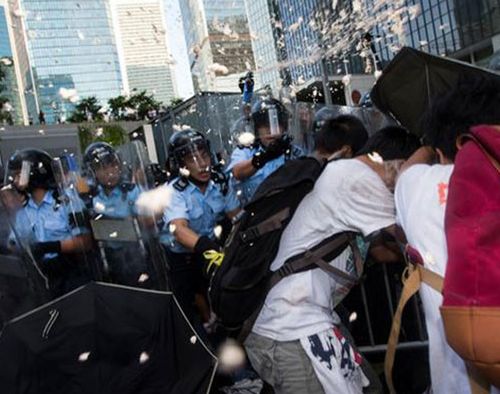 Chinese Human Rights Defenders (CHRD) today confirmed to EFE that more than 60 people have been arrested so far in China for supporting the pro-democracy protests in Hong Kong, who have already three weeks occupying several streets of the city.

Most arrests have occurred in Beijing, while some in others provinces such as Guangdong, Hunan and Gansu, according to the arrests report of CHRD, which notes a new campaign of repression in China.

In particular, the organization confirms 23 criminal arrests, which last up to 37 days and may end up in court, three administrative arrests of up to ten days and another 35 under “other type police custody.”

Meanwhile, the Hong Kong police was harshly criticized yesterday after the release of a video in which several agents are shown beating up a protester, after violent clashes between pro-democracy groups and the security force.

The Security Minister of the former British colony, Lai Tung-kwok, announced that the policemen had been suspended after the incident, which took place when the police dismantled new barricades.