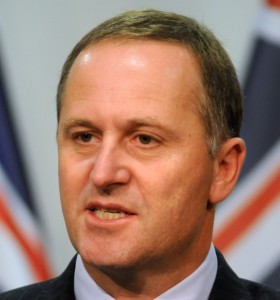 Prime Minister of New Zealand, John Key, declared a national state of emergency when the death toll increased to 75 victims due to the quake in Christchurch. Currently 300 people are still missing according to the reports received by the media.

The event epicenter was at 10 kilometers in the southeast of Christchurch; however, after 15 minutes a second tremor of 4,5 degrees turned into the second most destructive quake in the past five months and the worst disaster in New Zealand since 80 years.

Large buildings in the city have collapsed; among those is the Christchurch Cathedral. This is one of the most populated cities in the South island of New Zealand with more the 400 thousand people. Meanwhile survivors send reports of people trapped in several buildings; the exact number of rescued victims is unknown. The state television, TVNZ, informed that another corpse storage place was established in the city.

Prime Minister Key traveled to the city after having a quick meeting in Wellington, the capital of the country, to coordinate a response plan. Australia would send a team of 148-rescue specialists. Mike Coleman, the police inspector announced that the looting continues and it is not safe to remain outdoors.

Real Madrid Ended the Match with a Tie