Moreno and Salazar declined the charges of prosecutors 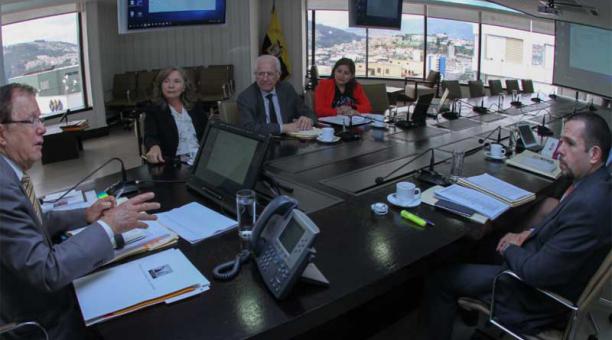 The analysis was done in two ways. The Council of the Judiciary-transitional studied last Wednesday, June 27, 2018 the appointment of the 23 provincial prosecutors in charge. The appointment of five officials generated doubts and criticism from different political and social sectors.

For this reason, the Council asked the Directorate of Transparency for information on the management of those observed and no errors were found in their files. The second way to review these designations was through citizen challenges.

Yesterday, the Plenary of the council met to hear and analyze the claims presented and make a determination. That was the last point in the order of the appointment. But, yesterday night was suspended before a resolution was taken.

Today the analysis continues. It was previously known that two of the five public prosecutors criticized had made their position available. The first is Fabián Salazar, who had received the order from the Sucumbíos Prosecutor’s Office.

He declined the appointment because “he considers himself a technical and not a political official.” He had been serving as prosecutor of Pichincha after the suspension that Thania Moreno received. Salazar had been criticized for his closeness to the previous regime and for cases such as the passage of the administration of the dismissal of the Magisterium of the Biess.

The second case is that of Guillermo Moreno, brother of President Lenín Moreno, in Napo. He said publicly that he has placed his order at the disposal of the Judiciary to decide what to do. That statement came a day after the President asked him to step aside for the claims for incurring alleged nepotism.

René Astudillo, in charge of the Guayas, was accused by a former employee of the Ministry of Justice of having received USD 20,000 to free one of the alleged persons implicated in the Gabela case, which he investigated between 2010 and 2011.

Yesterday, the prosecutor He sat on the bench of the Faculty of Jurisprudence of the University of Guayaquil and displayed on the table the copies of his bank accounts. “These are my savings books from 2007 to the present. I make available my banking movements, my transactions as a teacher of this university, of another private university, of the Prosecutor’s Office, “he said, and ruled out declining the appointment.

Gustavo Benítez (Loja) was noted for his role in investigations in the 30S case. Yesterday, he assured that in 17 years of public service he has never received a single complaint and that he will assume the temporary designation. Angelica Porras, a member of the Judiciary, said in a radio interview -before the session- that based on the excuses presented and the challenges received, they had planned to appoint new prosecutors in charge of the provinces remaining in the acclamation.

He explained that before the multiple questions, the decision was also taken to reconsider some appointments. So in the appointment could be changed to more prosecutors, in relation to those who were excused or were challenged. The Judiciary chose the officials in charge of an eligible bank of the entity itself. These are category 3 prosecutors, best rated. And they will be in functions until the contest to name the holders is developed. (I)