Morgan Freeman joins the cast for the film Ben-Hur 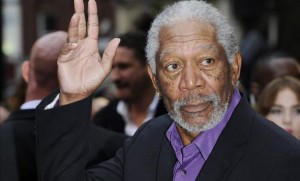 Morgan Freeman is the first confirmed name of the cast of the new version of the classic Ben-Hur that prepare MGM and Paramount Studios, reported specialized blog Deadline.

Freeman, 77, will play Ildarin, the man who taught the slave Ben-Hur to become a champion of chariot races.

The shooting of the film, directed by Timur Bekmambetov (Wanted) is expected to start early next year in Europe and will make its premiere in February 2016.

Studios are also close to finalizing the names of the actors who will embody the protagonist and his great enemy, Messala.

Queen Elizabeth II calls on Scots to think about their future