Movistar would have the 4G LTE spectrum concession in December 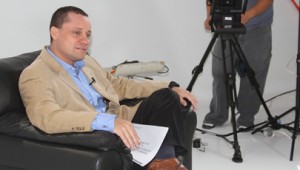 Telecommunications Minister Augusto Espín said on Wednesday, November 12 that a concession contract for deployment of the 4G-LTE spectrum (long term evolution) could be signed with Movistar later this year.

Espín commented they “have started primary negotiations” with Otecel, operating in the country under the Movistar brand, for the award of more spectrum, with which is expected to improve the current mobile service (3G and HSP +) and which will also serve to set up the 4G LTE network, 10 times faster for web browsing and data downloading than their predecessors.

“Our expectation is to sign at least with one operator until the end of this year, and maybe the first month of next year with another operator, or maybe even this year,” Espín said.

UN Request for release of Leopoldo López is rejected