Mubarak, free of charge at trial for the killing of protesters 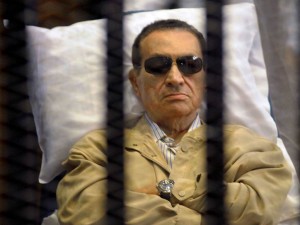 The Egyptian president Hosni Mubarak was released yesterday from the office of complicity in the deaths of hundreds of protesters during the revolution of 2011 and several corruption charges, but remains in prison serving another sentence.

A Cairo court dismissed the indictment on their responsibility for the bloody crackdown on protests in 2011 and acquitted of corruption charges weighing against him. Nevertheless, Mubarak, who ruled the country with an iron fist for 30 years, will continue detained in a military hospital serving a sentence of three years by another corruption case.

His two sons also be tried alongside his father were acquitted by the prescription of the crimes of which they were accused. AFP

Recognition of the State of Palestine is discussed in French Parliament