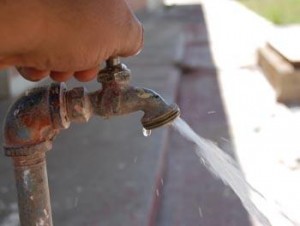 After the government’s decision to allocate quotas to the cantons, for water consumption per capita, the Mayors of three peninsular cantons deny there is waste.

The National Secretariat for Water (Senagua for its Spanish acronym) elaborates the quota allocation plan that would include cash penalties to municipalities that allow the waste. Details have not being revealed yet but it is expected the application of the process since January.

President Rafael Correa said there are municipalities that do not charge the water, that allow it to be stolen, wasted and these can not afford these excesses because that costs hundreds of millions of dollars.

La Libertad is one of the counties with a huge debt for unpaid water.

The Peninsula Water Company (Aguapen for its Spanish acronym), which provides the liquid for three counties, only collects 40% of the monthly bill, which has increased the NPLs to 8 million dollars.

Since July, with the launch of a strict recovery plan, that includes home inspections and service outages until the signing of payment arrangements, nearly a million dollars has been raised. However, there are still outstanding debts for 10 years.

Something similar happens in Azogues, the capital of Cañar. The Municipal Water Supply Company invoices only the 40 percent of the distributed water; 60% is not quantified due to physical loss of water.