Municipality of Palora assumes a fee for pitahaya, which will finance fruit fly monitoring

The pitahaya moves the economy of Palora and the Municipality of that Amazonian town has been involved to try to push the development of the sector and seek that the exotic fruit reaches other external markets. 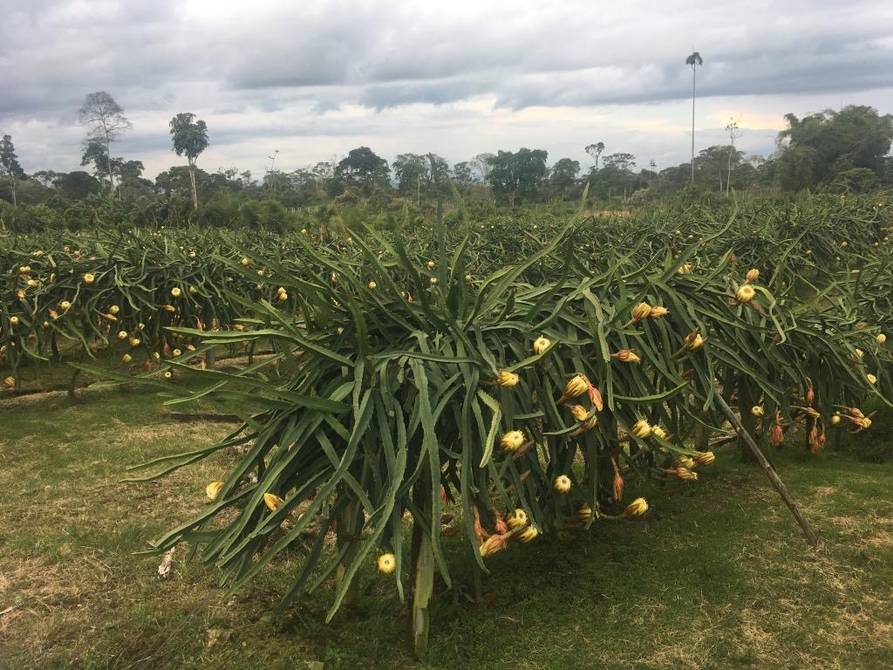 The production of pitahaya is concentrated in the town of Palora, in Morona Santiago

The council began to collect a fee for the commercialization of pitahaya , with which it will try to finance the monitoring of the fruit fly, the provision of services to producers, technical assistance, promotion and research.

The charge is made based on each kilogram that is marketed and applies to export fruit , which has a superior quality and is free of stains, and to national fruit, which is sold locally or in certain nearby markets. The rate for export fruit, for example, is four cents on the dollar.

The mechanics of collecting the fee was contemplated in a first reform to an ordinance that was approved in the Municipality of this canton of Morona Santiago.

Richard Buñay, head of the Municipality’s Pitahaya Technical Unit, explained that since 2018 exporters paid a fee to Agrocalidad to monitor the fruit fly.

Now that charge was assumed by the Municipality of Palora, which has the task of monitoring with its own team. This work is essential to export to markets such as the United States and will serve to be ready once China can open the market to the Ecuadorian pitahaya.

“The monitoring work that we do with one of the traps is precisely because it is with the protocol of negotiations with China. In other words, if China accepts Palora’s pitahaya, there would be no problem, ”said Buñay.

Palora is the production center for pitahaya that is exported and sold locally. According to data from the Ministry of Agriculture , that canton concentrates the highest production of pitahaya, with 2,000 hectares of cultivation of the 2,223 total in the country. Palora growers say there are already 3,000 hectares.

The decision to have the council assume the collection of the fee and the monitoring of the fruit fly has found objections among the producers.

Alcívar Guevara, a producer of pitahaya from Palora, indicated that the municipal ordinance included the fruit that is sold in the national market and that was not contemplated before, since it paid for export pitahaya.

The rate for national fruit from 50 kg packed, drawers or in bulk is between $ 0.005 and $ 0.01 per kilogram, depending on whether the merchant is domiciled or not in Palora.

The producer assured that it is feared that the producers themselves will end up assuming the cost of the tax, since the merchants will try to transfer that item to the price they pay for the fruit.

Roberto Robalino, president of the Pitahaya Palora Producers Association, who believes that Agrocalidad should continue to carry out the controls, said that although the rate for national fruit is lower, it should be considered that in times of high production it moves from 5 to 10 million kilos and part remains in the country.

The leader said that producers are meeting to analyze the issue of this rate. “The merchants want to charge us, the one who ends up paying taxes and fees is the same producers,” Robalino said.

The Municipality said that the payment mechanism has been designed so that the exporter and merchant do not have a setback with the departure of the cargo. The exporter must request a day before the inspection of the cargo , the technicians of the Municipality come to verify and issue a document for it to circulate. If they are frequent exporters, they have facilities to make the payment.

Buñay indicated that the current income will be used to cover the monitoring of the fruit fly and it is expected that later, once they stabilize, they will support other promotional, commercialization and research actions.

Monitoring will demand about $ 300,000 a year. The income from the collection of the fee is estimated to vary depending on the season. The projection is that about $ 500,000 will be generated.

The Pitahaya Technical Unit has 13 people involved in the fruit fly monitoring program and 3 additional technicians who provide assistance for the implementation of good agricultural practices.

Currently, of the 1,500 producers in Palora, only 50 have certifications of good agricultural practices. (I)

The growth of the fruit outside

Of the non-traditional fruits, pitahaya is one of the best performers in recent years. Shipments abroad, which are made by sea and air, have had significant growth.

Countries of the European Union buy this exotic fruit. China is one of the markets that are sought, but shipments have not yet been completed.

One of the reasons why the admission has not been specified is because of the studies of risk pests for that country. At the moment, work is continuing on these studies to show that the Ecuadorian pitahaya does not have the fruit fly, which is the pest that most worries China, according to national authorities. (I)