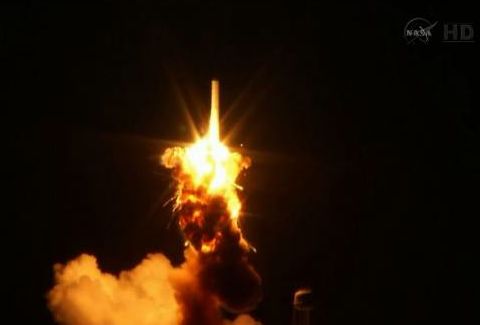 The rocket that should have placed into orbit the unmanned space capsule ‘Cygnus,’ of the Orbital company, exploded during its launch this Tuesday, according to images broadcast live on NASA TV.

“The explosion occurred shortly after the launch,” said a television commentator of the NASA, from Wallops spaceport base on the coast of Virginia (east).

The Cygnus capsule was designed to carry a load of 2.3 tons to the International Space Station (ISS, by its initials in English).

“What happened today did not discourage us in our efforts to expand our already successful ability to send cargo from US soil to the ISS,” said in a statement William Gerstenmaier, Deputy Head of the Directorate of Operations and the NASA Human Exploration.

NASA and Orbital Science, one of the two private companies contracted by NASA to carry materials to the ISS, explained in a joint press conference that they are investigaing the causes of the accident.

Is scheduled for today to determine the damage caused in the launch pad.