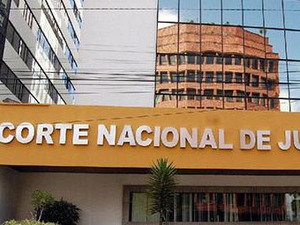 The lawsuit filed by Chevron against eight Ecuadorians officials was filed yesterday by the National Court of Justice (CNJ). Among the possible defendants was the judge of the Court of Sucumbios, Juan Nunez, who was the one who made ​​the claim against the company in the first instance.

However, Nunez withdrew from the case weeks before issuing the sentence due to Chevron’s complaint against him. The demand of the oil company was for an alleged plot to harm the company to pay millions in compensation to the claimant communities.

The complaint made ​​by Chevron was exposed in 2009 by the legal representative of the oil company, Thomas F. Cullen, who claimed to have seen several videos about four meetings, in which, according to him, Nunez participated along with representatives of the regime and members of Alianza Pais.

After filing the case of Chevron, the National Court described the demand for oil because the prosecutor’s investigation found no evidence to help determine the alleged meetings of Nunez with members of the regime and technicians of environmental remediation.