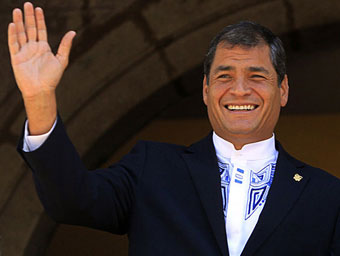 The National Court of Justice decided yesterday to start with the preliminary investigation against 10 senior officers of the National Police and Armed Forces for crimes against humanity, in the Assembly. The second debate was approved by 92 lawmakers, for the second bill for the repair of victims.

The Act, which will be adopted by the leader of the regime, for final approval or total veto or part of its term, plans to regulate and pay to victims who suffered serious violations of their human rights and crimes against humanity, that were raised in Ecuador between October 4, 1983 and December 31, 2008. The Truth Commission documented these facts and it must also ensure the prosecution of these violations.

During this period the Commission of Truth recorded 118 cases, many from collective groups, reaching a total of 456 victims in six types of human rights violations in which they focused their work.

The new law also recognizes the responsibility of the Ecuadorian state on violations of human rights and recognizes that the victims suffered unjustifiable attacks against life, liberty, integrity and dignity.