The “breeding ground” for the protests that took place in Ecuador at the beginning of the month was there before the elimination of gasoline subsidies, and what is required now is to establish structural frameworks for dialogue to avoid future escalations.

So says the maximum representative of the United Nations System in the country, the French Arnaud Peral, who together with the Ecuadorian Episcopal Conference led the mediation efforts to end, on the 13th, a crisis of eleven days of rampant violence. 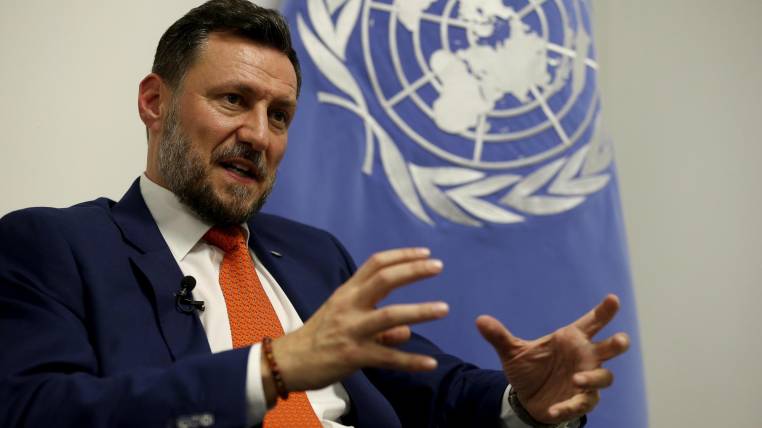 “I believe that the breeding ground that allowed this strong wave of reactions in all sectors was present in Ecuadorian society,” he says, speaking of signs of “dissatisfaction” between certain circles of the population, originating in social gaps and the lack of opportunities, among other causes.

“Many people were asking (warning) that their quality of life and well-being was degrading and, in that sense, there was a very great social tension that we have felt of course in different episodes,” he adds in his first interview since the protests.

The past 13, Peral lived one of the most satisfactory moments of his long career when, backed by the 2030 Development Agenda, he managed to sit at the same table President Lenin Moreno and the indigenous leader Jaime Vargas, a meeting that ended some riots that left at least seven dead and more than 1,300 injured, in addition to substantial material damage.

But what still surprises the UN diplomat was the degree of “dialogue breakdown” and “generalized confrontation” that Ecuadorian society came to, and of course the high level of violence in the protests.

“We have antennas and dialogues with many sectors, but not even we had seen that it could climb to this level,” he says.

European entrepreneurs are willing to invest $ 80 million in Ecuador