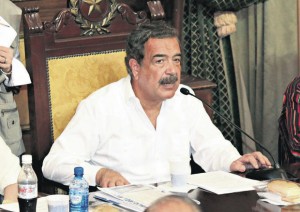 Although it still has not been official who will occupy the 15 departments of the Guayaquil Counsil, having been counted the 100% of the results for the dignity of Councillors, it is anticipated that the Social Cristiano-Madera of Guerrero party gained 10 mayors and the Alianza Pais-Democratic Centre party, five. Since yesterday, it runs a period of 48 hours for political subjects to submit objections before the Provincial Delegation.

In case of not satisfying the resolution, It will be possible to contest before the plenary of the CNE in Quito. The last instance will be the Electoral Contentious Tribunal. Only from this, the Council will formalize the results.
The socialcristianos Councillors are: Leopoldo Baquerizo, Susana González, Jorge Pinto, Luzmila Nicolaide, Josué Sánchez, Consuelo Flores, Doménica Tabacchi, Manuel Samaniego, Roberto Gilbert and Luis Murillo, the latter representing the rural parishes. on the other hand, representing the List 35-61, Carlos Luis Morales, Lídice Aldás, Gustavo Navarro, Zaida Loayza and María del Carmen Almán. Of the seven Councillors socialcristianos in functions, five were re-elected: Baquerizo, Pinto, Tabacchi, Samaniego and Gilbert.