Nebot reiterates he will not run for president 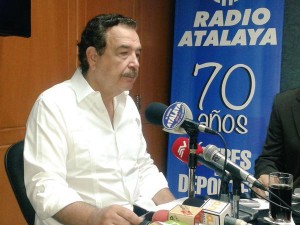 No was once again the response of the mayor of Guayaquil, Jaime Nebot, at the request of citizens and youth groups that ask his candidacy for president in the elections of 2017. “There is no reason to change my decision,” said yesterday the Guayaquil mayor, who has repeatedly answered the same question to other or similar questions of journalists.

In his regular radio address, Nebot also answered to President Rafael Correa, who described as a mistake the possible presidential candidacy of the mayor. “He has the right to say whatever he wants. I will just tell him one thing: the one that is very concerned is the one that fears. The one that speaks a lot, makes a lot of mistakes,” said Nebot.

Correa, during a discussion panel with journalists on Tuesday, said it would be risky for the mayor to undergo a third defeat in the polls for the presidency. “Risking would be the result of excessive ambition and vanity. I hope he does not fall into that mistake, but if he falls it is better for us because we opposition candidates continue increasing,” said the head of state.

Nebot thanked the citizens and youth groups that request his candidacy. He recalled that it is not a decision that should be taken now. And for those who aspire to be president, he insisted to them that this is not a time for personalism or political parties, but is a time for the country. “It is a moment to achieve a Ecuador of freedom, democracy, an Ecuador that works, an Ecuador with an economic model that allows to progress, to change for good.”
Source: http://expreso.ec/expreso/plantillas/nota.aspx?idart=8767178&idcat=38269&tipo=2

Lands Act, with no date for a vote