Nebot rejects a unified consultation on the issue of transport 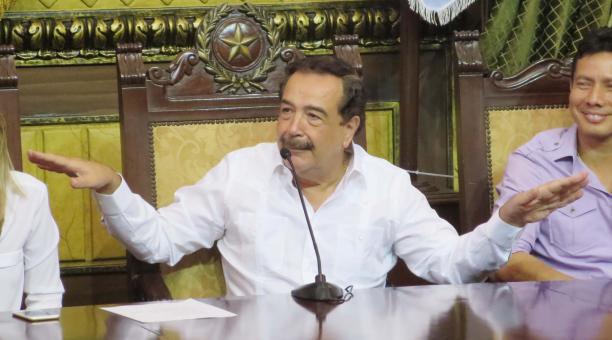 The Mayor of Guayaquil, Jaime Nebot, said he rejects the possibility that the consultation he promotes on the issue of rising urban transport fares in Guayaquil is unified with the consultation launched by the group Ciudadanos por Guayaquil, on similar topics.

Nebot said yesterday that it seemed to him like a ‘maneuver’ the possibility that the questions in the consultation promoted by the Municipality are unified into a single ballot paper with the questions of the group Ciudadanos por Guayaquil.

Both consultations were approved by the plenary of the National Electoral Council (CNE) last week.

“You can tell by administrative economy: if there are signatures for the two queries, you can do both in one day, but on separate ballot papers. (But) you can not mix apples with elms, because the query we ask, is not the same as the other gentlemen ask.”

Nebot said that behind the other referendum would be a group “thatcertainly reflects a centralist desire as a state vision of public administration.”

The group sponsoring such consultation is led by César Cárdenas, director of the Citizen Observatory of Public Services of Guayaquil. Cardenas said that the questions that were submitted for consultation respond, among other issues, to the need for transparency in the administration of the Municipality, and the services provided by private foundations, as Malecón 2000, Tagsa, and Terrestrial Terminal Foundation. While the two questions in the consultation the Mayor promotes ask the citizenship to decide whether they agree with a raise of the urban transport service in the city.

Facebook page Crudo Ecuador: “this is the end of the line …”