Neuromarketing, another input of political campaigns 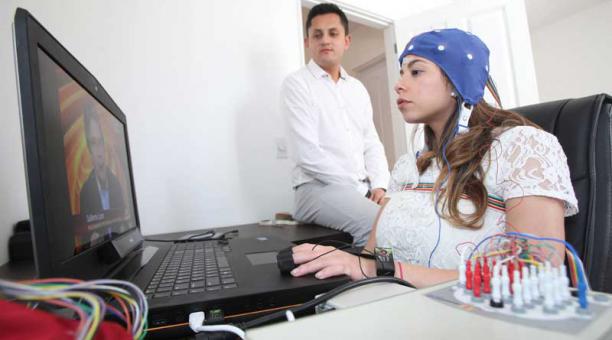 Fear, anger, joy.’ These are the main emotions that convince voters, as referred by Drew Westen, in his study ‘The Political Brain: The Role of Emotion in Deciding the Fate of the Nation.’ Neuromarketing is responsible for studying them and making them part of the campaigns.’

It has already been applied in the continent.’ Joy, for example, was adopted by the US president Barack Obama, with his positive campaign that offered hope and change, “Yes we can.”

The first studies of neuromarketing, in order to know the unconscious reactions of voters, have begun to be conducted in Ecuador.

The Mind firm (Consumer neuroscience advisors) analyzed the speech four presidential hopefuls -Guillermo Lasso, Lenin Moreno, Cynthia Viteri and Paco Moncayo- and the reactions aroused in 50 people aged between 16 and 60 years in Quito and Guayaquil. In their speeches or images, all candidates have something that catches the attention of the electorate.

For example, Moncayo uses a simple language and examples, which facilitates the comprehension; Moreno is very charismatic and easily arouses the empathy of voters, according to the study. Lasso, instead, uses short and emphatic sentences; he has a good intonation; and Viteri has an energetic speech that stirs emotions among the public and has an attractive image.

But they also have their weaknesses. For example, Moncayo has a monotonous intonation; Moreno has an ambiguous and confusing speech; Lasso speaks of complex political issues that are not interesting for the average voter; and Viteri may end up having an excessively contentious tone.