Neves crosses accusations with Rousseff in the first broadcast debate 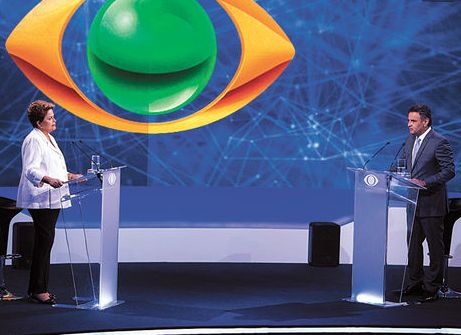 Opposition leader Aécio Neves, in the race for the Brazilian Presidency with the current head of state, Dilma Rousseff, yesterday took the opportunity during the first of four broadcast debates, agreed between them, to criticize the government for the economic crisis and corruption.

Neves recalled in several interventions of the debate that inflation is above the target condoned by the Central Bank, the economy is in sharp slowdown and the Government involved by the corruption scandal of the state oil company Petrobras.

“You failed in the management of the economic policy. The inherit of the next president who takes office will be terrible,” criticized Neves, reminding at the same time that accumulated inflation in the last twelve months until to September stood at 6.75%, exceeding the maximum ceiling tolerated by the Government (7.50%).

Meanwhile, Rousseff, of the ruling Workers Party (PT), said that in her first three years in office, she managed to keep inflation within the target set and attributed the rise in prices in recent months to a “temporary” problem.

Regarding Petrobras, Neves stated that “it is something incredible. And the lady just got outraged because someone leaked the allegations. There’s a former director of Petrobras who will return 70 million reals ($ 29 million) diverted, ie, he assumes he stole.”

In two years, Spanish companies are tripled in Ecuador