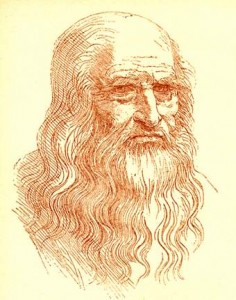 NANTES, France.- Renaissance painter, Leonardo Da Vinci, bequeathed the world several manuscripts, A.K.A. codices, as his legacy. In a public library in western France, after having been forgotten for more than a century, a local journalist found a manuscript because of a location reference that the Italian painter had written in a biography.

The text of the manuscript can only be read with a mirror, because the artist used to write from right to left. The collector Pierre-Antoine Labouchere donated 5,000 documents (including the manuscript) to the city of Nantes in 1872, then they got mixed with local files and were forgotten.

“It was probably written using the fifteenth century Italian, and possibly other languages, so now it has to be deciphered,” said Agnes Marcetteau, chief from Nantes Library.