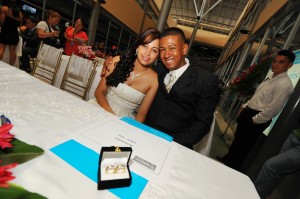 The new conjugal law stipulates that one of the spouses will assume the role of “administrator of the coyugal society” at the moment of the civil wedding. Not thus with parenthood, an irrevocable right. These would be the new reforms (58 in total) to the Civil Code and the Civil Registration Act, promoted by the National Assembly.

The Justice Commission was in charge of promoting these legislative amendments, which were approved by 89 assemblymembers, and which seek gender equality in couples.

According to Gina Godoy, Assemblywoman (AP), men will not be the only ones able to administer the assets of the conjugal partnership. Among other provision, the permitted age for marriage is 18, nullifying the age of 14 and 12 years old for men and women, respectively, to marry.

However, opposition members Luis Fernando Torres (PSC-Cambio) and Miguel Moreta (CREO) objected that the permitted age for marriage is 18 and the voting age is 16.