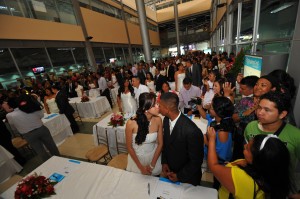 The Draft Reformatory Law to the Civil Code, adopted by the Assembly on Tuesday, provides the appointment of an administrator of the conjugal partnership in the civil marriage or civil union. In the event that there is no such appointment, “it shall be presumed that the husband is the administrator”.

“In a couple they both have the same rights; the new legislation recognizes such equality,” said Assemblywoman Mariángel Muñoz (AP), who is part of the Board of Justice, which tried the amendment. Thus, the conjugal partnership is defined as the “common heritage” of the couple, according to lawyer Fabrizio Peralta, a specialist in civil matters. Muñoz warns that in case of not appointing an administrator, the union could be declared invalid.