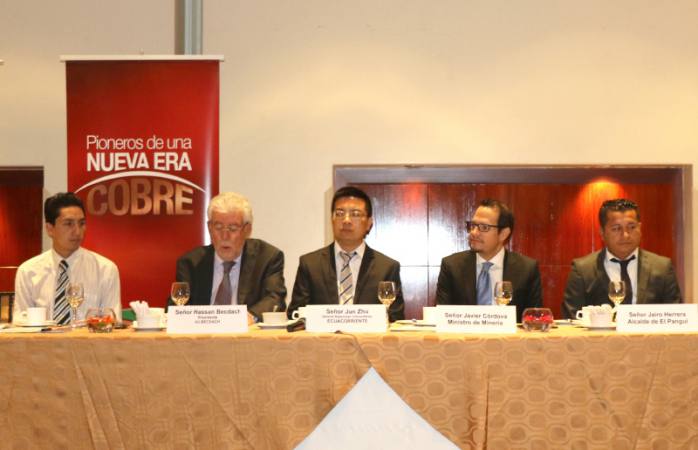 The delivery of new mining concessions carried out by the Ministry of the branch as part of the mining cadastre are stopped until further notice. Yesterday, the Minister of Mining, Javier Cordova, confirmed that according to the provision of President Lenin Moreno, no new mining concessions will be delivered until that portfolio delivers a report of the concessions made, a report is given of the ones to be concessioned in 2018 and that the president will approve the entire process.

This, after last week, Moreno committed himself to it with the Confederation of Indigenous Nationalities (Conaie). “What the president has asked for, and obviously we will comply with his disposition, is that the concessions be stopped until there is a review that the delivered comply with the regulations – that we have complied with it, if not, had not been delivered – and that is an evaluation, “the official explained. Minister Córdova indicated that after the start of the mining cadastre, which occurred after several years of moratorium, 1,000 requests for concessions were generated. Of these, in 2017 300 concessions were delivered and 700 more are subtracted.

These first 300 could generate about $ 1,000 million of investment in four years, according to the institution. In any case, the official clarified that there is no “haemorrhage of concessions”, as has been said by some leaders of the Conaie.

The minister spoke on this subject, following the launch of the 11th edition of the Expominas event, which will be held between April 18 and 20 next year. Hasssan Becdach, organizer of the Expominas, recalled that the first exhibition was organized when the mining mandate appeared. On that occasion there were 8 participating companies. Now the fair has grown and will have 100 companies in the industry.

During the event, the mining businessmen, the president of students of the Faculty of Geology and Mines of the Central University, Fernando Quespaz, and the mayor of El Pangui, Jairo Herrera, took the opportunity to acknowledge Minister Cordova for his support of the activity. The official said that for the next year a total mining investment of $ 1,000 million is expected. (I)