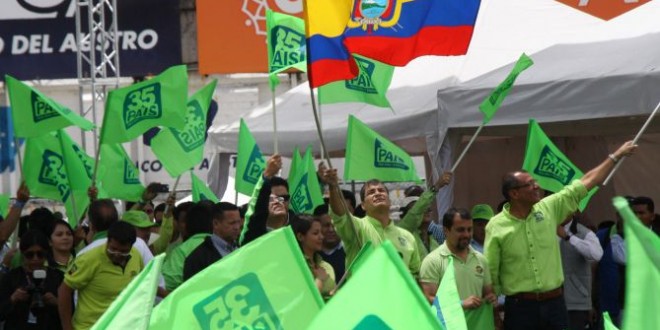 The new proposed amendments to another three articles of the Constitution announced by President Rafael Correa in his weekly address of August 30 will join a second ‘package’ that would be sent by the Alianza PAIS Assembly members (AP) to the Constitutional Court (CC) for its analysis.

Correa raised the change of Articles 57, 322 and 402, which relate to the prohibition of all forms of appropriation of knowledge, innovations and practices, as well as collective knowledge, ancestral wisdom and intellectual property. As it is written, the texts harm indigenous peoples, according to the President.

AP delivered the first set of amendments in last June; among the orders there is indefinite reelection for all authorities, the reduction of the age to be President, the removing of the term to form regions and the  limit for protective actions.

According to Gina Godoy, they have to wait the project delivery to the block to fix the date of a session in which they would analyze if other topics are missing; this was the mechanism followed with the first group.