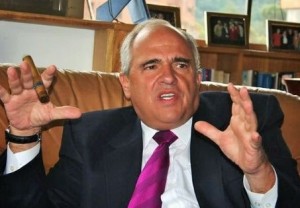 Ernesto Samper, the new Secretary of the Union of South American Nations (UNASUR), will tour the facilities of the body and will organize logistic matters of its installation in Quito.

The Unasur headquarters are being built from December 2013, and $ 37 million have been invested. The work is expected to be opened in late 2014.

Samper will take possession as Secretary General of the Union of South American Nations (Unasur) on August 22 at the summit of this organism in Montevideo.

The official met last Thursday with President Rafael Correa to discuss issues related to Unasur, during Correa´s visit to Colombia for the inauguration of his counterpart Juan Manuel Santos.