New sequels of “Cars” and “The Incredibles” are announced 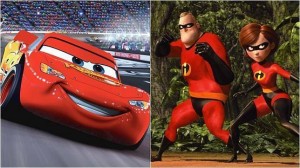 Disney expects the sequels of these films raise high profits

Disney and Pixar prepare a new sequence of The Incredibles and Cars according to the Emol.com website.

During an annual meeting of Disney shareholders, Robert Iger, CEO of the entertainment company said: “We have plans for a new installment of Cars and Brad Bird is working on a story for a new film of The Incredibles.”

These films have grossed high incomes, so it is expected they return to blockbusters.

Ecuadorian films of 2014: a retrospective and futuristic look