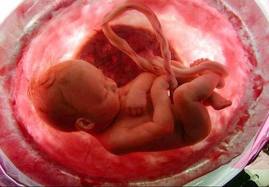 It is no longer necessary to do intrusive testing to detect diseases in the fetus, a scientist discovered that with a blood sample from the mother is possible to see the baby’s DNA.

According to a study led by Dr. Dennis Lo, a researcher at the Institute of Health Sciences in the University of Hong Kong, it is possible to discover new hereditary diseases in a safely way and during the early stages of pregnancy.

Mothers will be less concerned because they would not  have to undergo in tests that endanger the life of the baby and their own.

In one test is possible to scan the entire fetus genome and detect gene-mutations.

The baby’s DNA is “floating” in the plasma of pregnant women; this discovery was made by Dr. Lo and his team in 1997.

Before it was known that a blood test could detect Down’s syndrome, but few days ago it was discover that  it can also detect multiple diseases with the whole-genome analysis.