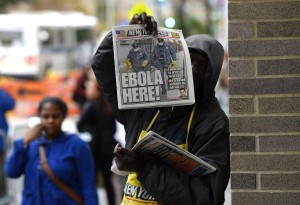 The governors of New York and New Jersey ordered a mandatory 21-day quarantine for all physicians and other travelers who have had contact with Ebola patients in countries of western Africa.

The move came after a New York doctor, who returned from Guinea a week ago, after caring for Ebola patients, tested positive with the virus.

Many New Yorkers and others were dismayed when learning that during the week prior to hospitalization, Dr. Craig Spencer got on the subway, took a taxi, played bowling, visited a cafe and ate at a restaurant.

Health officials said that they followed the American and international protocols when checking his temperature every day and monitor the symptoms, and that not put anyone at risk. But others say that Spencer had to be put in, voluntary or compulsorily quarantine, for 21 days within the period of incubation.