Nisman case: Cristina Fernandez is summoned to testify at the request of unique defendant 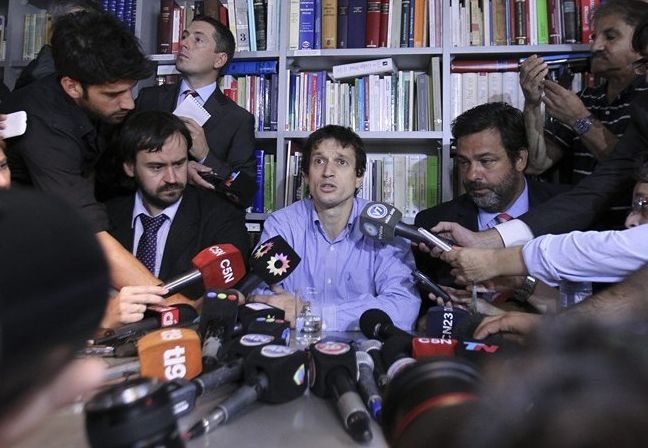 Diego Lagomarsino, the only defendant for providing the weapon to the prosecutor Alberto Nisman, has requested that the President of Argentina Cristina Fernandez de Kirchner declare as a witness in the case of the official death.

“I’m not fine,” Lagomarsino said as he began his first press conference in Buenos Aires, accompanied by his lawyer, to detail their last contacts with the prosecutor previous Sunday January 18 when turned up dead.

The computer expert said that Nisman asked him the gun saying, “I do not trust even in custody.” “He said he was not going to use the gun” and that as a prosecutor had permission to bear arms, Lagomarsino said.

Lagomarsino handed the saturday a Bersa 22 gauge to Nisman, who had no license to use that model and was the last person who saw the prosecutor alive and is prohibited from leaving the country.

For this Thursday morning the burial of Nisman on a Jewish cemetery on the outskirts of Buenos Aires is planned.

“The body will be delivered today (Wednesday) to their families and be transferred to the AMIA, where the ritual washing of the body as established by Jewish standards will be done,” said a statement from that entity and then be taken to the funeral parlor.