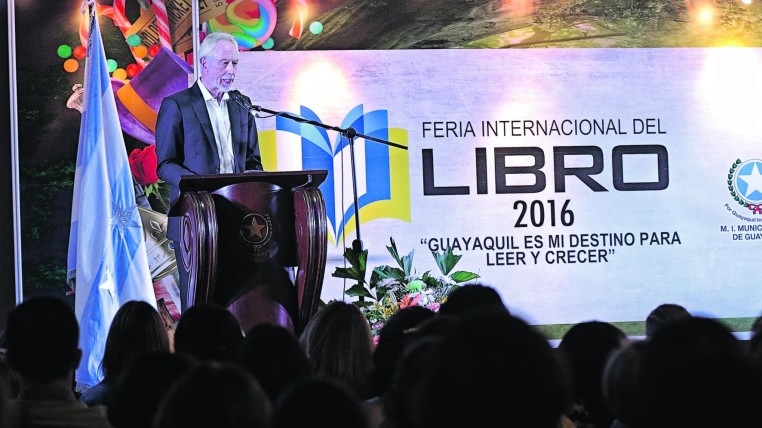 In one room none of the 300 chairs that had been placed were empty. The hallways and the floor were full of people who awaited to hear him even when they had to be standing.

He thanked the public who came to the Eloy Alfaro Hall of the Conventions Center with a rusty Spanish.

He said he was happy to visit the country that had welcomed Julian Assange, founder of Wikileaks, who took refuge at the embassy in London.

Amid the awkward silences and a few scattered applause, began his keynote speech, in which he would discuss precisely censorship.

The author began with an anecdote. He told how, when he moved to Australia from his native country, his colleagues advised him to apply for an art scholarship, which would allow him to survive while he was wroting. He could not avoid showing astonishment.

“We had a government that served as an obstacle for writers … The censorship was simply a fact of life. As a writer, one was happy when the state was not interested in your work,” he said.

Then, the writer went on to describe the state of censorship experienced in South Africa with the apartheid.

“In Spanish, ‘ignoring’ has two meanings: not knowing something, or not to pay attention to something or someone. In English, the meaning of this word is just the latest. You can not not know who is ignored … A censor was a quiet presence, an unwanted visitor looking over your shoulder.”