The Ecuadorian businessman Álvaro Noboa has denounced before the UN and the Inter-American Commission on Human Rights ( IACHR ) the danger of a “fraud” in the 2021 elections in Ecuador, after his presidential candidacy was rejected by the National Electoral Council (CNE ), his lawyer Ignacio Álvarez told Efe on Monday, November 30, 2020 . 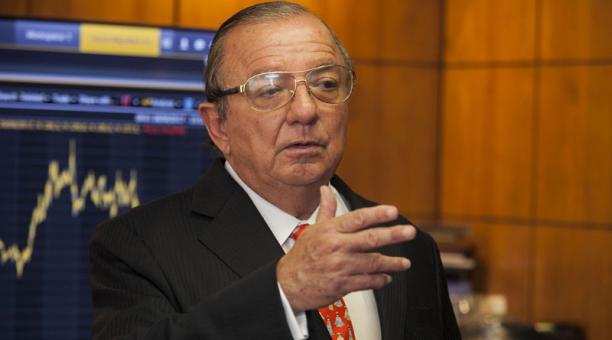 “A very serious electoral fraud is being carried out not only against Mr. Noboa but also against Ecuadorians who are being arbitrarily deprived of the freedom to freely choose their president,” said the lawyer, who lives in Washington .

“It is guilty of innocence,” added Álvarez, “to think that the trap is done only on election day by counting the votes. The cheating can be done much earlier, for example by excluding candidates and limiting freedom of expression ”.

The lawyer indicated that they have gone before the United Nations Human Rights Committee and also sent the case to the office of the UN High Commissioner for Human Rights, Michelle Bachelet.

They have also turned to the IACHR to request a meeting with its president, Joel Hernández García , and the rapporteur for Ecuador, Antonia Urrejola .

On November 12, the president of the Ecuadorian CNE , Diana Atamaint , confirmed that Noboa’s candidacy, proposed by the Social Justice movement , has been discarded due to non-compliance with the established requirements.

The head of the electoral body indicated that, after reviewing the technical reports, it was seen that the businessman’s candidacy did not comply with the procedure within the established deadlines set by the electoral calendar and tried to register at the last minute and ignoring the requirement of celebration of primaries.

Despite the fact that the CNE had previously requested the withdrawal of legal status from the political group Justicia Social, the Contentious Electoral Tribunal decided that it should continue with legal life.

Álvarez criticized the CNE for allegedly failing to comply with the decision of the Electoral Contentious Tribunal to guarantee that the Social Justice movement nominated its candidates , and considered that this body “arbitrarily” excluded Noboa from the possibility of participating in the elections next February.

“Their decision is to exclude it and then find the reason,” said the lawyer, for whom it is a decision of the “establishment”, which, he said, is represented in the CNE.

Specifically, said the lawyer, they are denouncing what they consider a “pattern”, after the party led by Noboa, “Forward Ecuadorian forward”, was canceled by the CNE .

That decision, however, was ratified by the Electoral Contentious Tribunal.

Later, the Ecuadorian businessman’s candidacy on behalf of the Social Justice movement was not accepted, added his lawyer.