Nomad Trip, the journey of a year around the world for freelancers and Digital Workers 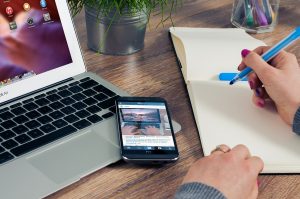 The idea comes from the United States: a reserved route to be free around the world, to live and work in a different country each month

Remote work. A concept that is growing right now on big companies, with people working from home: based on freedom, a more autonomous management of their time, the opportunity to be closer to their loved ones, but also to travel and to embark on new experiences. But that, in fact, often in danger of turning into a human and professional isolation, made of days spent camping out without leaving the house in his pajamas in bed, table and sofa. With computers and smartphones constantly at hand, of course.

Avoiding, therefore, this dangerous drift? An idea comes from the United States, where it is about to start the first edition of Nomad Trip: A trip around the world a year designed specifically for freelancers and employees for their work need only an internet connection. A kind of sabbatical year, one might almost say, but does not require tearing up contracts, agreements & co.

The group of professionals selected by the organizers through real conversations via Skype or FaceTime, will live each month in a different city and country in the world, starting from Europe to go to Asia and South America: in September in Lisbon (Portugal), in October in Prague (Czech Republic), in November in Budapest (Hungary), in December in Athens (Greece), in January in Chaing Mai (Thailand), in February in Ho Chi Minh (Vietnam), in March in Denpasar (Bali), in April in Taipei (Taiwan), in May in Cabo San Lucas (Mexico), in June in Lima (Peru), in July in Buenos Aires (Argentina) and in August in Medellín (Colombia).

Participants will be accommodated in houses or condos of course equipped with Wi-Fi, near cafes and areas of co-working.

But not only, because of the Nomad Trip organizers also will offer guided tours to the city and the host country, as well as a series of events to discover the local traditions and itinerant workers contact with the inhabitants and local professionals. The cost of the whole experience is USD $27,000, inclusive of aircraft movements and health insurers.

With discounts for those who, for example, decide to divide your room with other traveler and price increases for those who require a private bathroom or other luxuries. Only condition necessary in order to participate: to have a job or be a Start-Up investor.  The talks for the first edition will be completed in the coming days, but apparently a second trip would be in the pipeline. The goal of the organizers is to create a community of young professionals, friendly and creative, ready to live a unique experience in the most varied world cultures; and to turn into a kind of itinerant family for a whole year.