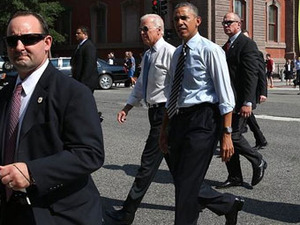 Despite the growing concerns in Washington and in international markets with the possible shutdown in the United States. President Barack Obama said he was willing to negotiate but not with threats of suspension of payments, or partial paralysis of the administration, which appeared a week yesterday.

Regarding the debt, among Republicans and Democrats the negotiations remained blocked until yesterday.

About this Obama said he would be “happy to talk about all the budget issues” with its rivals, but “not under the threat of State paralysis or a moratorium on the U.S. debt, if the Republicans do not get 100 % of what they want.”

Obama emphasized how the loss of services affects citizens, and urged the President of the Republican House Speaker, John Boehner, to vote for the bill for temporary financing without conditions.

While the Treasury Department estimated that by the next October 17 they would already have exhausted the options of mitigation measures that Congress should not vote for an increase in the debt ceiling.

If the United States goes into default, it could affect the sales of Ecuador to the country, which would give priority to basic expenses and decrease its imports, according to experts.