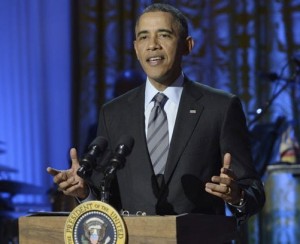 President Barack Obama will increase the delivery of resources to combat the Ebola outbreak in West Africa, which has caused 2,400 deaths in 4,784 cases.

The president plans to ask this week the Congress to approve the disbursement of $ 88 million to fund the fight against the virus.

Within the plan it is highlighted the military involvement, the sending of more mobile hospitals, doctors and health experts, supplies and training personnel for workers in Liberia and other countries, reported the newspaper The Wall Street Journal.

Obama, who will provide details of the plan during a visit this Tuesday to the Centre for Disease Control in Atlanta, has also received a letter from the president of Liberia, Ellen Johnson Sirleaf.

In that letter, Johnson has asked the “urgent” delivery of aid and has urged him to build and operate at least one Ebola processing unit in Monrovia, the capital.

Vatican’s Car is stopped with drugs in its interior