Tonight, at the University of the Americas (UDLA), the Minister of Government, María Paula Romo and her advisor and journalist, Amelia Ribadeneira insisted that a key actor in the protests of October 2019 was the Correísmo, during the presentation of the authored book October: Democracy Under Attack, which is a compilation of data and events from those eleven days that paralyzed the country, from the perspective of this portfolio of State. 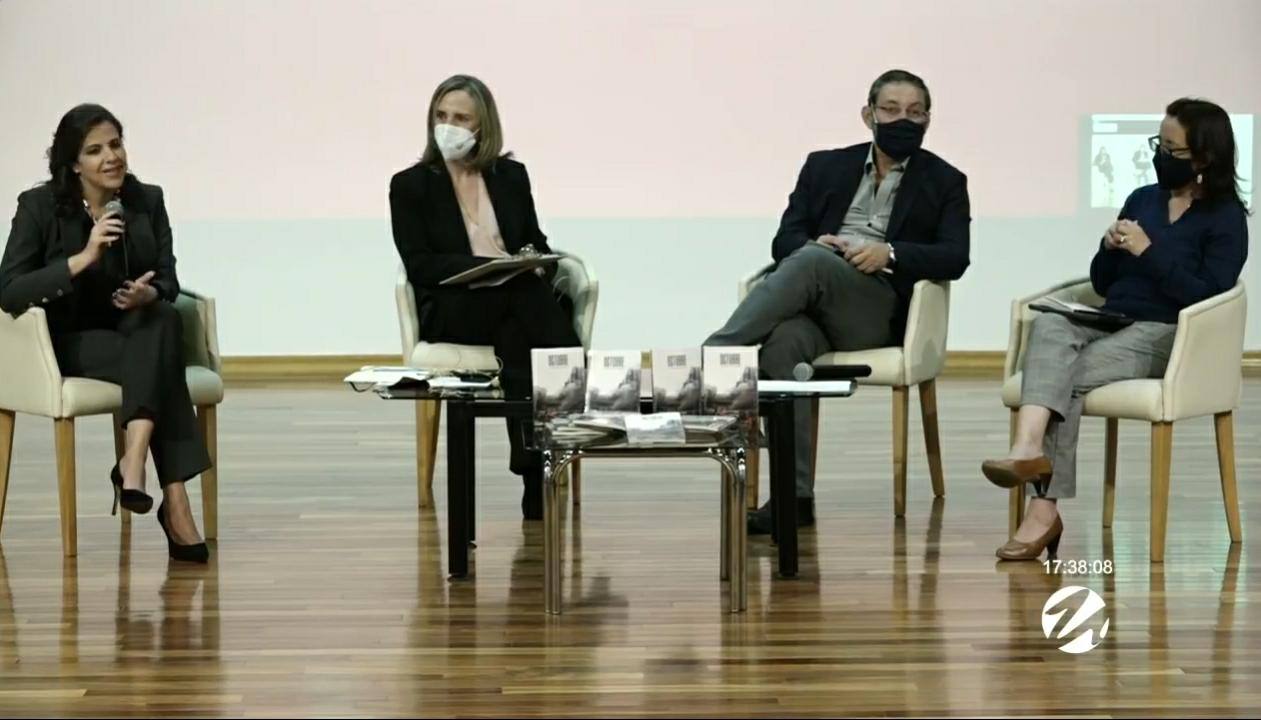 Romo pointed out that the book includes what was called The Quito Manifesto , a document that circulated on social networks, especially by correista politicians, in which the purpose of the Assembly and the actions after the political take was stated. .

“This manifesto ranged from the release of the ‘politically persecuted’ to the arrest of those who had authorized Mr. (Julian) Assange’s removal from the asylum, to those who had taken economic measures. An interesting document that gives us a roadmap, a clear line of what these unspeakable interests were behind what was never a strike, “said Romo.

Meanwhile, Ribadeneira, who spent those days in the police crisis room, stated that it is important to remember that, a year ago, former Foreign Minister Ricardo Patiño declared that it was necessary to wait for the subjective conditions of society to pass from passive resistance to a combative resistance with the taking of institutions and road closures, and the excuse was the government’s decision on fuel subsidies.

In addition, Ribadeneira relates that October 3, 2019 was a key day, in which the leader of Correísmo, Virgilio Hernández said: “either the package falls or the government falls” and Assemblywoman Gabriela Rivadeneira (now in Mexico) he called for elections to be called. “Look how the plot was pretty well put together,” he added.

The two authors agreed that it was not a strike of normal characteristics in protest against an economic measure of the Government, but an attempted coup to end the institutional framework of the State, not only with the mandate of President Lenín Moreno.

Another document included in the book is a signed official letter in which, the authors assure, the Confederation of Indigenous Nationalities of Ecuador (Conaie) orders the kidnapping of police and military . In addition, a note from the current Secretary General of the Cabinet, Juan Sebastián Roldán, on the night of the negotiation.

Although the deaths that occurred in those days are still part of investigative processes in the Prosecutor’s Office , Ribadeneira reiterated on more than one occasion that “so much was lied about State crimes” and that in the case of Inocencio Tucumbi it is presumed that, in the dispersion , reached Solano Street, tried to climb over a gate and fell, dying from a brain hemorrhage and brain trauma and not from a bullet or stomping.

As part of the panel were Rebeca Villota, director of UDLA Channel and Plan V journalist, Juan Carlos Calderón .

Villota asked about the financial movements of Conaie in those days and Romo replied that the institutions of the judicial function are in charge of carrying out the investigations.

Calderón asked about the role of the Police in the attack on the State Comptroller General’s Office and Romo recalled that this area had been declared a zone of peace and could not intervene.

In the last minutes of this dialogue, the minister said that what happened was a wake-up call in relation to poverty and inequality and that the country is far from approaching positions yet.

The UDLA Chancellor, Carlos Larreátegui said that the book is an “unmissable historical testimony”, that the work shows the differences between the mobilizations in October and those that occurred in past years, demonstrates the use of military attack techniques, highlights the role from the press and gives clues about a possible foreign intervention. (I)

María Paula Romo says that the car in which Andrés Arauz is driving belongs to Jorge Chérrez’s partner, involved in the possible Isspol scam