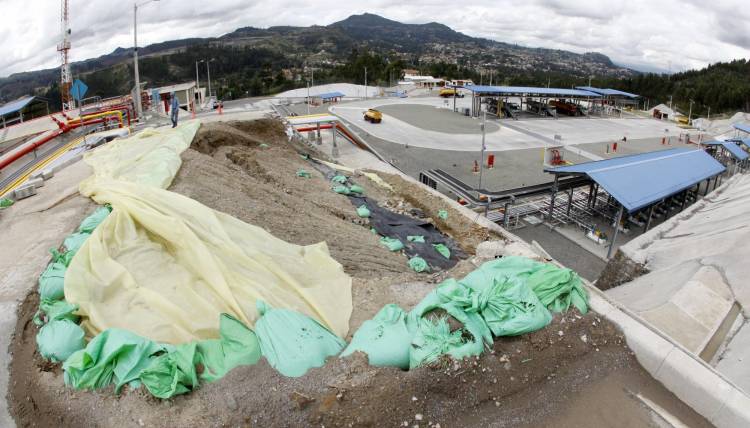 Not only was he corrupt, he was “a bad constructor”. That is the collective opinion of the current Petroecuador authorities when they talk about their ex-contractor, Odebrecht. The nonconformity in the works that they left grows daily because of the discoveries that arise. In the Pascuales-Cuenca Poliducto terminal, for example, there are obvious faults that complicate the daily activity in the fuel supply center.

EXPRESO toured the terminal and found that all access roads to the work units have cracks. Some are small and others are so notorious that they threaten cars and passers-by. The public company Petroecuador must repair these imperfections to prevent the accumulation and stoppage of gasoline and domestic gas. Until now, in spite of the constant inconveniences, delivery has not been interrupted since the new terminal that operates since March 2017, when the Brazilian company delivered the work.

It is not only the problem of access by roads with potholes and perforations, Odebrecht delivered the construction with materials that did not fit the needs of Ecuador. Stations for fire fighting, for example, had valves that could not withstand water pressure. That mistake put at risk the lives of the 35 terminal workers in case of an emergency.

It was an irresponsible job, says the general manager of Petroecuador, Carlos Tejada. He, as published yesterday in this newspaper, insists that the hydrocarbon works of the previous government did not have an adequate engineering management. 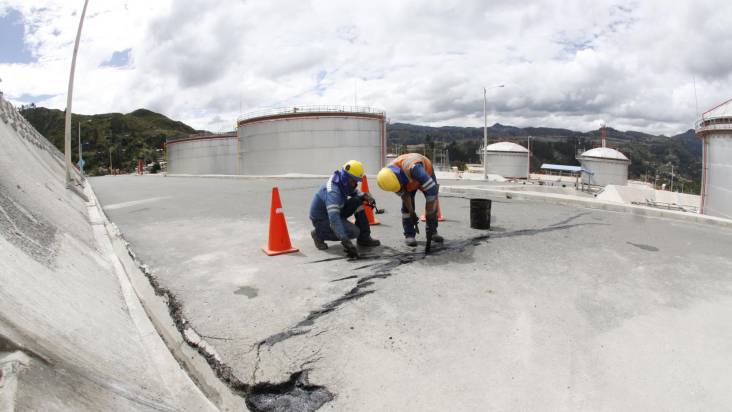 In the terminal located 20 minutes from Cuenca there are flaws that even border on the absurd. In one of the access roads, which must have been about six meters, there was a small landslide. Odebrecht, instead of repairing the road, shortened its size, making it impossible for trucks to pass through the fuel reserves. Now that section is pedestrian although the contract required that it be for transportation of large vehicles.

Sandra Idrobo, boss and manager of the terminal, regrets that the work has so many inconsistencies when just in September, Odebrecht finished the accompaniment phase. That is to say, in less than six months, more problems arose than in the 32 years of the old terminal located a few meters below the “brand new” megabrake.

Idrobo tells, and this newspaper verified, that Petroecuador’s staff covers the potholes and repairs the cracks in the retaining walls every day. The resources for these repairs go out of the budget of the state company and a report is prepared to know the total value and discount it from the guarantees that the Brazilian company has submerged in cases of corruption throughout the region.

In addition, last week, proposals were received for the hiring of a study to determine the root causes of the failures and recommend a final settlement plan. In the next few days the name of the consultant will be made public with the best proposal and a 90-day analysis will begin.

EXPRESO consulted through the official channel to Odebrecht to know its version. Until the close of this edition, however, there was no response.

The Pascuales-Cuenca pipeline is one of the works with the most observations due to irregularities in the concession. Pablo Celi, surrogate general controller, pointed out that there are glosses for more than 126 million dollars.

Before the terminal, operational since last year, the fuel was distributed in trucks and tankers. The work saves time and resources.

The Army Corps of Engineers accompanies Petroecuador in the review of the Pascuales-Cuenca Poliducto faults.

The land where the terminal was built may be the reason for the failures. It was a mountain with unstable areas for a work.

Since 1986, there is a terminal also in Cuenca. Their capabilities are limited and most operations are manual.

Petroecuador still does not have a total of the expense executed for the repairs in the terminal. Every day costs are added. 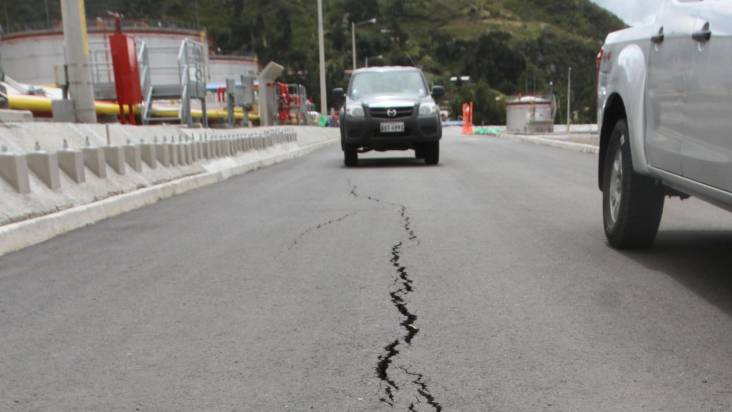 According to the planning of the public company Petroecuador, the work benefits 2.6 million people in the southern provinces of the country. From the Cuenca terminal, liquid fuels are distributed (Diesel, Super and Ecopais) and liquefied petroleum gas (domestic gas).

The Ministry of Hydrocarbons  in his report of the work, said that 43 million dollars were paid for land expropriated for the construction of the entire pipeline from Guayas to Azuay.

Products from Europe gain prominence in the Ecuadorian market