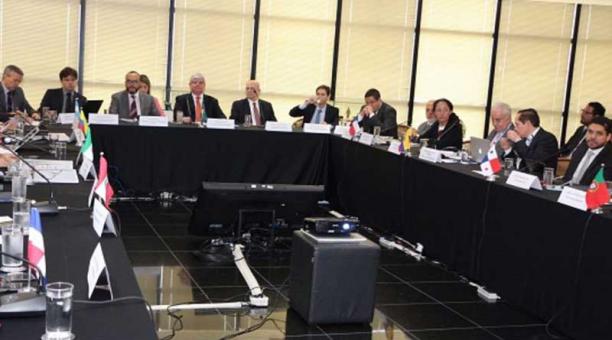 June 1 is approaching and Brazil catches the attention of the judicial authorities of the region. That day this country promised to lift the judicial secrecy that exists on the criminal records of the Odebrecht case.

In the Ecuadorian case, the Public Prosecutor’s Office confirmed that a special team appointed by Attorney General Carlos Baca Mancheno holds meetings to discuss this issue. However, they know that the secret will only be unveiled at the judicial level. That is, only prosecutors and judges will accede to the confessions handed over by the 78 Odebrecht executives.

Citizens will not be able to review those files unless the Brazilian Attorney General Rodrigo Janot requests the US Supreme Court of Justice to release the data to the public. So far this has not occurred.

The Dominican Republic was one of the first countries to receive all the information, but not from the Brazilian justice, but from Odebrecht itself, since an agreement was reached with that firm. The nation’s attorney Jean Alain Rodriguez warned to make public the information received last week.

This receptiveness is mainly due to the pressure of the citizens, who in recent days have taken to the streets to protest against corruption. “Any Dominican citizen who has Internet access will be able to see the documents. In the next few days we will scan them all and hang them online,” Rodríguez promised.