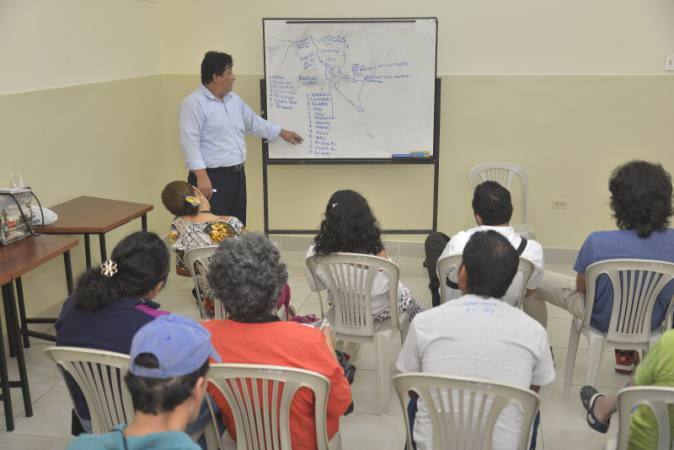 The Institute of Neuroscience (INC in spanish) receives from three to five children with withdrawal symptoms (symptoms due to lack of drugs), per day. And of every three patients who arrive at the center one is for drugs. Only in the emergency area, the INC estimates that 50% of the 300 cases attended per month are linked to substance use.

Carlos Orellana, technical director of the center, gave these statistics as a reflection of the national reality, during the signing of the agreement that was held last Wednesday in Guayaquil between this institution, the Technical Secretariat for Drugs (Seted) and the universities Casa Grande and Escuela Politécnica del Litoral, to carry out the research ‘Relationship between the chemical components of the H drug and the clinical and psychopathological manifestations due to their consumption’.

It is a study that will take three years and with each institution they already have project objectives defined in three phases. Between Seted, Espol and INC, they will determine the components of the drug known as H. Previous studies of this already exist, thanks to Seted.

In the last study, 41 samples were analyzed, collected in the microtraffic zones of 21 circuits of zone 8 (Guayaquil, Durán and Samborondón). With this study it was possible to establish that H is composed, on average, of 30% of heroin and 70% of cutting agents (other substances such as caffeine, analgesic, antidepressants, among others), said Luis Salazar, zonal delegate of The Direction of Analysis and Studies of Drugs, of the Seted.

Xavier Gilbert, a professor and researcher at Espol, said that there are already results of the composition and certain cutting agents, but the percentage of each of these substances is missing.

Once this composition is studied, it is desired to obtain a better manage of the withdrawal syndrome. Worldwide, according to the World Health Organization, 500,000 people died of this syndrome. (I)

The recession erodes entrepreneurship, but does not lower Ecuador from the peak