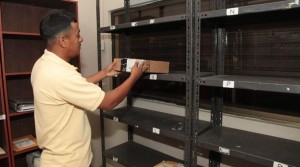 Since October 2014, shopping in virtual stores and shipments through couriers have declined in Ecuador. Since the $42 tax on imported packages from abroad through the 4×4 category ( $400 and 4 kg), has not only slowed down online purchases of the users who before took advantage of low prices and offers in Christmas eve, but it has rather affected the sector of IM companies or couriers.

Lupe Ortega, member of the Ecuadorian Association of Private Post Offices (Acopri), commented that in the three months the $42 tax has been into effect,  four courier service companies have ceased to operate, although she did not detail the company names.

According to the National Customs Service of Ecuador (Senae), in 2013 imports by 4×4 category reached $ 152 million, of which 68% were textiles and footwear.

SOAT will not have cost for 180 days