‘Open skies’ puts optimism in the export and tourism sectors 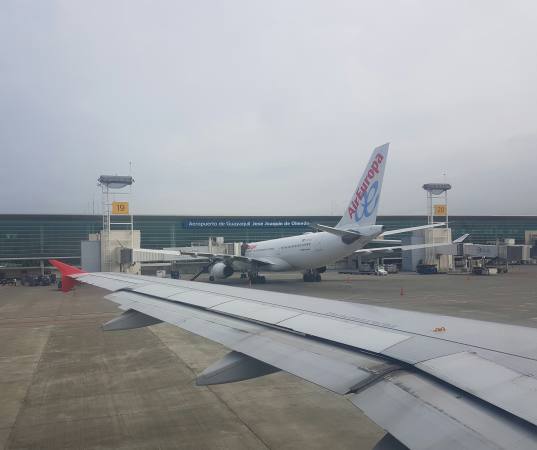 Much expectation generates in the private export sector and tourism that four air terminals are ‘open skies’. That status gave them Decree 256, issued on December 27, to the Guayaquil, Quito, Latacunga and Manta airports.

In other words, they are in “full liberalization of air transport, except for cabotage traffic,” the decree states. And that translates, according to the website of Nicolás Larenas, a specialist in aviation issues, in a relaxation of the procedures through bilateral treaties, opening in the allocation of frequencies, arrival of more airlines, free competition, reduction of tariffs and increase of tourism.

What would come accompanied by the reduction and elimination of taxes, legal security, tourism promotion, incentives for import, export and airlines, import of parts and spare parts without paperwork and others.

Carlos Álvarez, director of Civil Aviation of Ecuador (DAC), says that these terminals are able to “receive planes with 380 passengers and aircrafts that can transport up to 450 metric tons of cargo, once flexible bilateral agreements or open skies are signed. ”

For Holbach Muñetón, who chairs the Federation of Chambers of Tourism, the measure will generate more competition and the arrival of more flights, which would end the current system of reciprocity: send and receive the same number of flights, also applies to the cargo. “It’s interesting because they do not tie me to bring tourists and I have to send tourists.” And he expects the decrease in ticket prices.

This leader believes that the Foreign Ministry should already set an agenda to seek the signing of agreements. For Daniel Legarda, of the Federation of Exporters, the declaration is positive not only for its sector due to the expansion of market options for export and cost reduction, but for the general public because of the wide range of connections and new destinations.

The decree “is a shell” that will open the possibility for bilateral agreements to be negotiated, and for the exportable offer it suggests that these should be from Europe, the United States and countries in the region. Among the products that go by air and would be benefited are the flowers, some metal mechanics and fruits of greater durability; and shrimp, which was recently exported to Brazil in this way.

Meanwhile, Larenas points out that the exclusive competence of one or two dominating companies could be generated in the assigned routes. (I)

Bananas, shrimp, tuna, cocoa and flowers from Ecuador will have sectoral brands